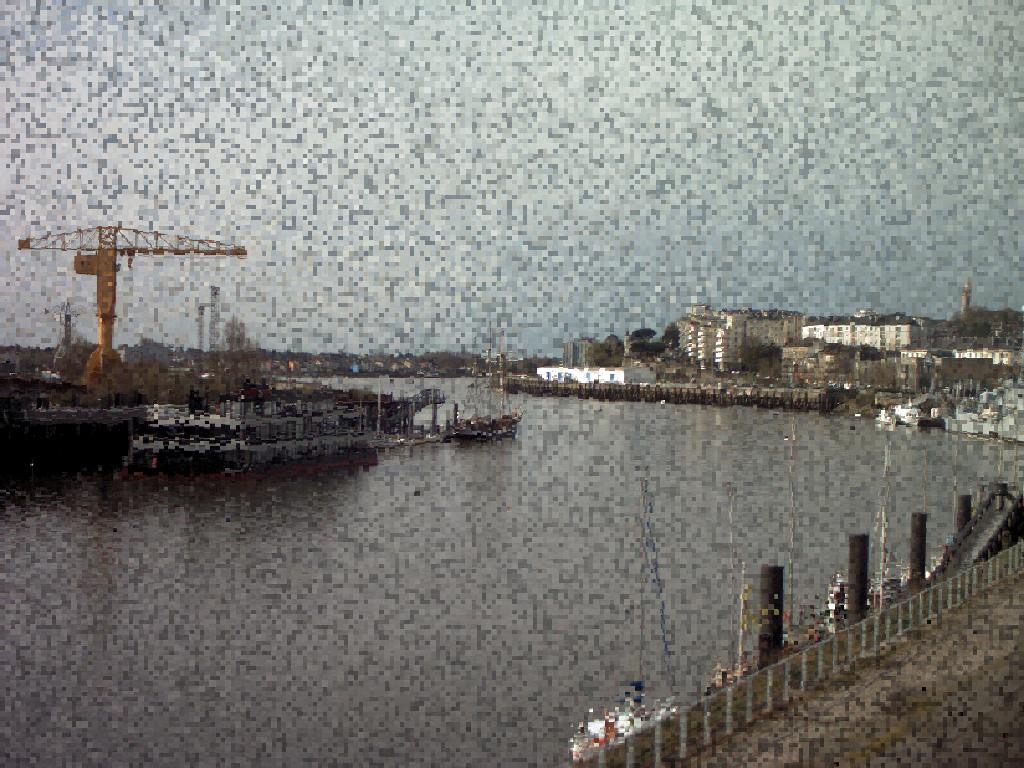 Visible in the public space of the Jardin C, the generative media piece TIME AFTER, NANTES is directly associated to Mire’s implication in the project of the Fabrique and of the urban development of the Ile de Nantes. Presented in this very mediatised public space, it underlines the relevance of experimental practices in the technological evolution of contemporary creation and the essential axes in the work of Chris Welsby.
In the continuity of his films or installations, which used traditional cinematographic processes, this work is built by combining digital image technology and the natural cycles of a landscape.

Time After, Nantes uses a custom software program designed to massively slow the imaging process down. Instead of the lines and frames of a conventional video image, the picture is continually updated, in random order, one pixel (or cluster of pixels) at a time.

In Time After, Nantes the passing of time is represented in a single image. Furthermore, this single image, though live and up to the moment, will never be completed and will instead be updated continuously for the 3 year duration of the exhibition.

Like the brush strokes on an Impressionist painter’s canvas, each pixel, or group of pixels, represent a single passing moment unlike the paint on canvas, these pixels are themselves as ephemeral as the light dancing on the surface of the river Loire.

The first photograph was taken in 1862, in France by Joseph Niépce. It took 6 hrs for his camera to register an image on a photosensitive metal plate. Since, innovation in camera technology has been largely pre-occupied with speeding the image making process up.

Photography has taught us how to see the world in a different way, what would photography tell us about the world if camera technology had slowed down instead of speeding up? For example, what would this form of photography reveal about the relationship between 21st century human beings and the vast time scales of the natural world?