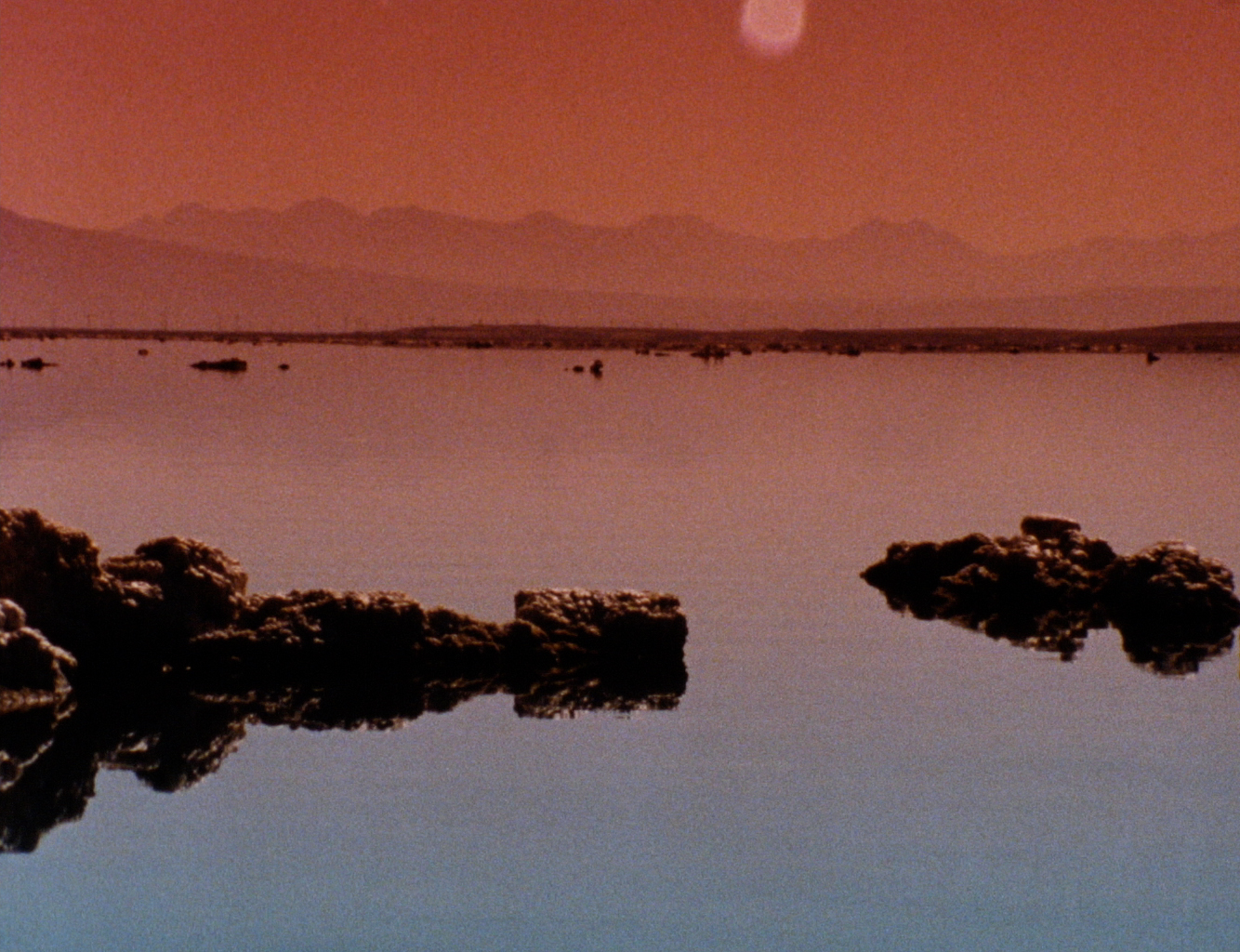 Prisme#5’s Laboratory Aim Density is a three-part program of films recently shot in super 8, 16 or 35mm sent to us within our open call for films.

Each year, we are receiving more and more films : 250 in 2022 ! For the most part, developped in collective and DIY laboratories. We have selected 19 from regions near and far (Australia, Canada, USA, Mexico, Spain, Netherlands, Belgium, Germany, England…) and we are very pleased to say the vast majority will be projected in film format !

The films from L.A.D. 2022 echo one another in their mysterious depiction of spaces and environment…from begone experience to the disappearance of trace.

From a world which, once smaller than a marble, would only remain sensations. A sensory cinema, just for the thrill of it, the pleasure from a touch of a feather and a wave on the beach, the burning of flames, colors like a candy trail…

An ever intriguing nature, in which, if one risks to enter, one returns with just as many question. There, the enigmas are to be accepted for what they are, one must not try to solve them, just like traditions.

A specificity of this 2022 edition : each program will be punctuated with a pulse coming from Alexandre Larose’s 2022 trilogy (I – II – III ) : the poetry of movements, those of everyday, tainted with upcoming nostalgia, of what was once unchanging, but one day will be gone… a long-winded work around the decomposition of movement : one has never felt as strongly movement-image and time-image reunited onto a same photogram.

* « L.A.D »  or  Laboratory Aim Density is a Kodak printing control method : a standard control patch specifies densities midway between the minimum and maximum of those typically obtained for a normal camera exposure.

Like all films, this film is a constant series of tiny collisions.

Erde im Mund (Earth in the mouth) by Ewelina Rosinska
2019 / 16mm to DCP/ 20’
Like a photo book, the film creates new images and relationships between shots, reassembling a journey of impressions where the outlines of the world undulate. In a sensual sequence, images search freely for the stories that shape lives — faith, patriotism, anarchism, tourism in Poland and Germany, returns, arrivals, sketches of everyday life in Portugal, gestures and moments from Brazil and Greece. Shot on 16 mm, in seven chapters.

Surrounding a hidden monument honoring Chinese immigrant workers next to a railroad track located in Canyon Country, California, Train Song adopts reflective material to distort the image of the railroad, as an approach to conjure the unseen spirits from the seemingly tranquil landscape, calling for remembrance of Chinese American labors through a meditative audio-visual experience.

I. by Alexandre Larose
2021/Super-8 to 35mm/15′
This three-part series is part of the “scènes de ménage” developing project. It is an ensemble of vignettes, cinematographic panels, built around the repeated gestures of my parents’ day-to-day. I present these scenes sometimes as sequence-shots, sometimes as a succession of cuts. Some portray only one parent, with an emphasis on the way he/her negociates the domestic space. With these panels, imagined in different environments et through a specific treatment of the medium, I work to reveal the singularity of these locations, of the moving figures and the relationship between the two.