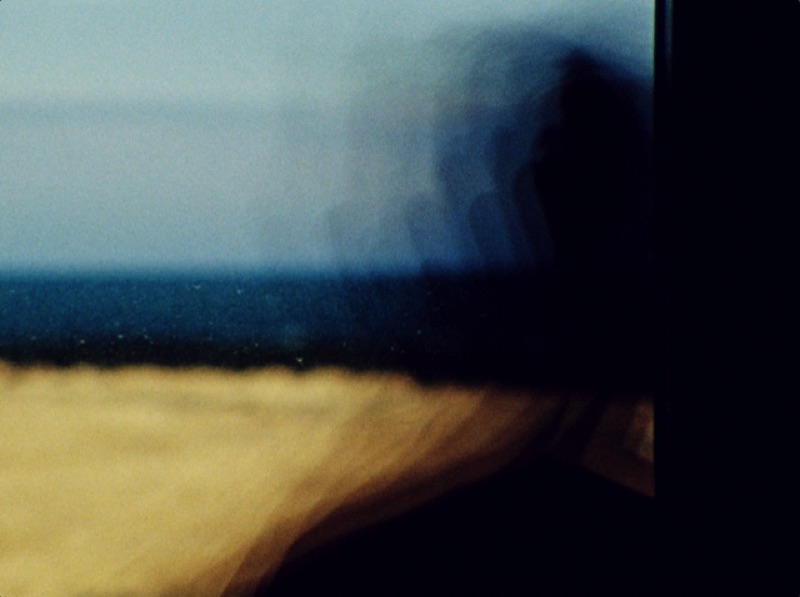 Prisme#5’s Laboratory Aim Density is a three-part program of films recently shot in super 8, 16 or 35mm sent to us within our open call for films.

Each year, we are receiving more and more films : 250 in 2022 ! For the most part, developped in collective and DIY laboratories. We have selected 19 from regions near and far (Australia, Canada, USA, Mexico, Spain, Netherlands, Belgium, Germany, England…) and we are very pleased to say the vast majority will be projected in film format !

The films from L.A.D. 2022 echo one another in their mysterious depiction of spaces and environment…from begone experience to the disappearance of trace.

From a world which, once smaller than a marble, would only remain sensations. A sensory cinema, just for the thrill of it, the pleasure from a touch of a feather and a wave on the beach, the burning of flames, colors like a candy trail…

An ever intriguing nature, in which, if one risks to enter, one returns with just as many question. There, the enigmas are to be accepted for what they are, one must not try to solve them, just like traditions.

A specificity of this 2022 edition : each program will be punctuated with a pulse coming from Alexandre Larose’s 2022 trilogy (I – II – III ) : the poetry of movements, those of everyday, tainted with upcoming nostalgia, of what was once unchanging, but one day will be gone… a long-winded work around the decomposition of movement : one has never felt as strongly movement-image and time-image reunited onto a same photogram.

* « L.A.D »  or  Laboratory Aim Density is a Kodak printing control method : a standard control patch specifies densities midway between the minimum and maximum of those typically obtained for a normal camera exposure.

Film based on the music of Berliner experimental musicians post-composed by Antonio Borghini and Alexis Baskind, with Pigeons from Rathaus Neukölln and la porte dʼAix, Sandwich loaf and the president of United States.

Vertiginous masses of carved limestone give way to an ecstasy of light and living colour through an alchemical spell of elemental transformation. Hierarchies dissolve as the transient quotidian inspires the monumental.

Filmed over 7 years in the neighborhood around the filmmaker’s Montreal home, a foundational local monument meets fleeting traces of urban flora. Bipacked with traveling mattes, the vibrant reversal filmstrips pass many times through the camera’s gate, sedimenting layers of time. Golden autumn leafmeal meets the cool of a late-spring iris within the frame’s architectural ground.

The film was shot and hand-processed entirely on reversal films, with all of the composite images created in camera. 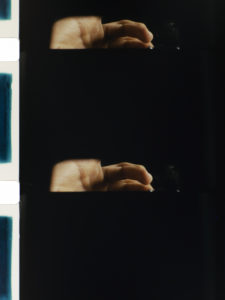 Conceived as an investigation about the harbours’ piloting areas and the frame maneuvering with the Bolex, the film shifts between the studio’s editing table at LIFT facilities (Liaison of Independent Filmmakers of Toronto) and various locations on the western shore of Lake Ontario. The word manoeuvre refers both to the material operations carried out with one’s hands and to the procedures on board when approaching a harbour. The film explores the idea of precision in both practices.

The revelation of an image, which progresses to the heart of the materia, seized in an incoercible movement: that of a dystopia in progress. A primitive entity on the verge of cataclysm, an infinite flight forward, until the complete dissolution of all forms and figures.
In which dark forest have we lost our way?

‘FACE HOME VIEW’ listens to the echoes of time passing, reveals traces of life, sounds and movements. Fleeting moments captured by the silent walls of the location the work portrays.

An acronym for swimming at your own risk, SAYOR refers to a forum without a moderator. Three years in the lives of three AMAB (assigned male at birth) children with a parent/observer. What does it mean to be a man in the 21st century?

“The ocean is the only crossing to arrive to the Mount Analogue . Through each wave, which breaks into each of the primary colors, a gateway opens to a new perception… That of an ocean as deep, dark, and as difficult to access as the climb to the highest mountain. To the top where the sixth sun can be perceived”

Titan was born out of the desire to experiment the possibilities of screen printing directly on 16mm film and the possible dialogues with the chemistry of analog film.

One bringing color, the rythmic of a screen and the other concealment and the precision of a frame per frame construction.

The soundtrack is the result of the screen printing which also covered the film’s optical sound strip. It is remixed and modulated live during the screening.