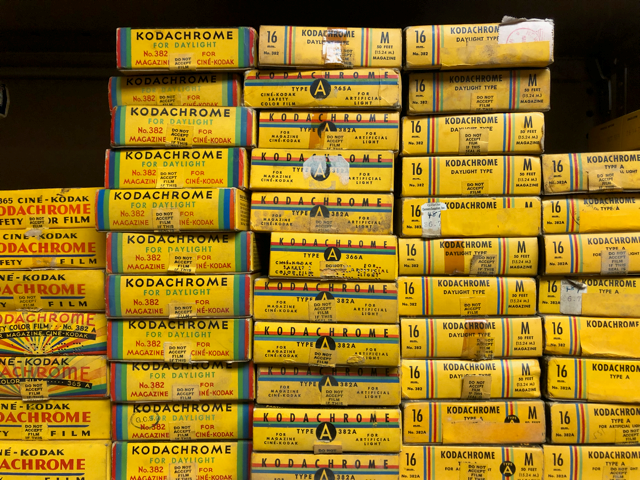 This introduction course is accessible upon membership

“Kodachrome is a reversal color film produced by the american firm Kodak until june 2009. (…) The 22nd of June 2009, after 74 years of manufacturing and after conquering the title of most sold color film, Kodak announces the end of its manufacturing. The 30th of December 2010, the only laboratory still processing Kodachrome film, Dwayne’s Photo Service, ceased its service. ” (source: Wikipédia)

We still find today a number of these types of film in circulation, whether they have already been exposed or not. It is possible through “cross processing” with D94/95 (destined for developing black and white reversal film) to develop Kodachrome to obtain black & white images.

However, this being said, depending on conservation conditions, one might obtain phantom-like or even blank images but just as well one might be pleasantly surprised with the results !