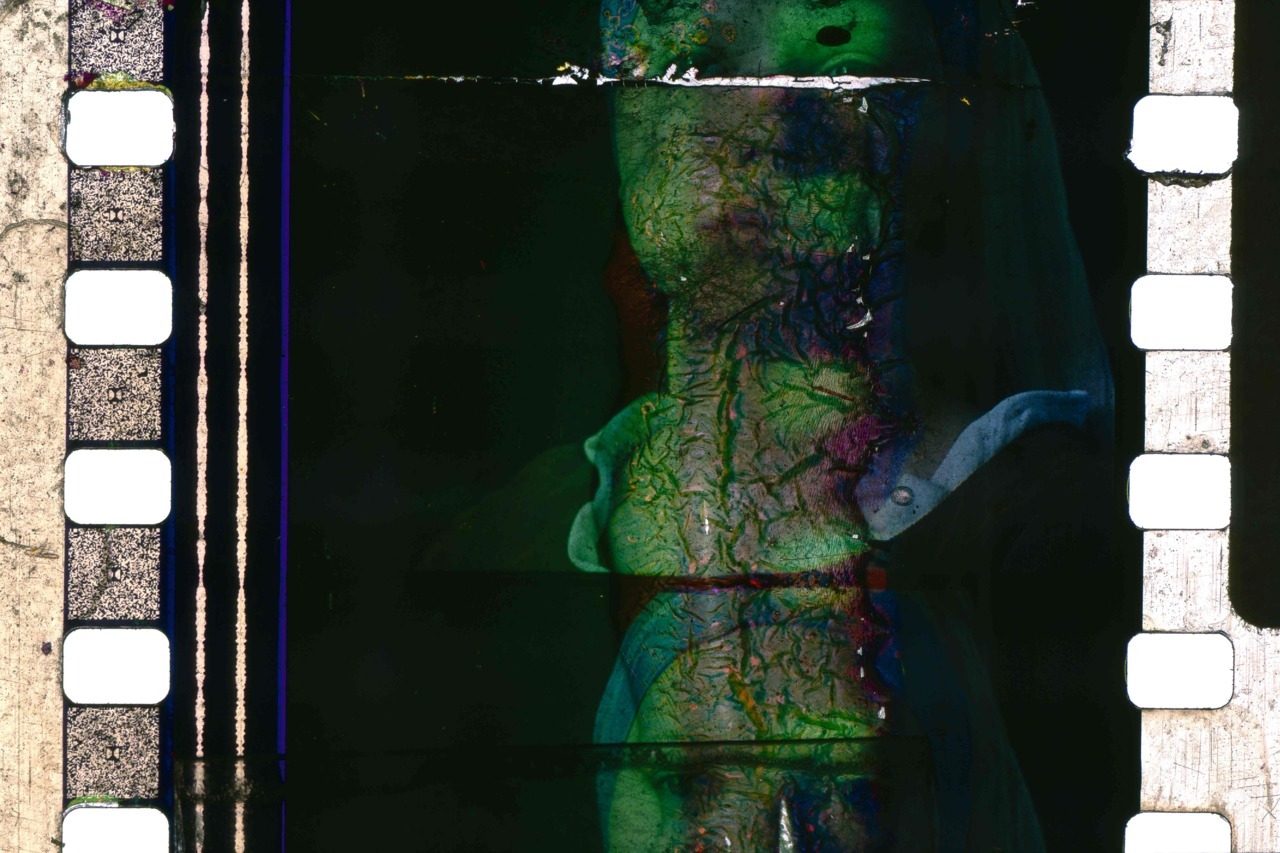 DISCLAIMER: sorry for the bad english, we are just poor little frenchies trying to do our best 🙂

PRISME expands its exploration of current analog practices by still images and a kinetic sculpture.
6 artists who revisit technical discoveries, from pre-cinema and the beginnings of photography, showing that one can find in the past a constantly renewed potential for innovation.
With her installation « la Persistance Reptilienne » that evokes a zoetrope or  a praxinoscope –  the artists Liz Rácz creates, from a hundred of miniature sculptures, the illusion of a swarming life.

In their photographs series, 5 contemporary artists reuse shooting techniques that remind us of ancient processes – the pinhole camera (Nicolas David) inspired from the camera obscura, known since antiquity, the origin of the reproduction of images ; or the trichromatism (Clément Darrasse) which marks the beginning of the colors reproduction quest. This installation is a non-linear exploration of movement and perception. It is also a reflection about myths and the persistence and perpetuation of false beliefs.

The installation is a stroboscopically-animated turning device, a sort of neo-precinematographic  apparatus, which, ironically, refuses to be perfectly filmed.

Our perception of movement in cinema as explained by the phenomenon of the persistence of vision is contested. According to an article which appeared in 1976 by Joseph Anderson and Barbara Fisher, the persistence of vision is a myth perpetuated by film theorists for lack of understanding or curiousity about the actual processes which occur. In brief, the persistence of vision says that images remain on the retina for a fraction of a second after being seen. The theory which perpeptuates the myth says that in order for us to perceive movement in cinema, our eye blends each image with the previous one to obtain the illusion of movement. However, if this were the case, we would see a pile-up of images, much like Duchamp’s Nude Descending a Staircase…

Our perception of movement in cinema can better be explained by complex processes by the eye and the brain together, and not merely ‘a fault’ of the eye as previously thought. In a follow-up article Anderson suggests that our perception of cinema is more closely related to how we understand movement in the “real” world. « I read somewhere that we could define image as the reflection of appearances formed by an optical system, thanks to a memorising medium.
The reflection of appearances or the curiosity of reality, naturally oriented me towards analog photography. Reproduce this reality, distort it.
From the simplest device as the pinhole camera or from a more complex optical system, my reality pass through a 0.21mm hole or through lens and come blacken silver grains. I like this idea.
The exposure time is long, I sometimes have the feeling of filming landscapes, but unlike shooting in 24 frames per seconds, i twill take me 24 seconds to make an image.
The photo is in progress. » “My photographs come from experiences where the accident takes an important place. My work is to bring these bright moments into play without knowing what image will come out of it. Given their complexity, these processes can hardly be strictly reproduced. The appearance moment in the darkness of the laboratory keep a precious characteristic to which I absolutely care about.
The trichromatism is the principle (especially used in photography, cinema and television) which prmit to reproduce a very large number of colors from only three primary colors : red, green and blue (RGB). This process was invented at the same time by Charles Cros and Louis Ducos du Hauron and developed by the latter in 1869.
So, I created these pictures by photographing my subjects three times with black and white film filtered by these three colors. After development the black and white negatives are digitally scanned and refiltered and superimposed to obtain a color image.

I am a photographer since my childhood, I work in analog photography.
I teach photography and I live in Chézelles.”

« My work consists in a research around the point of view and its perception. I experiment a photographic process, invented in the middle of the 19th century.
In this idea of making handcrafted images with alternative grain, I experiment printing methods : a wish to give another meaning to the image, I use « gum bichromate ».
Different to a silver emulsion, the gum bichromate process allows to shoot images thanks to the sun UVs. With this method, I’m at the same time painter and photographer, I work the colors of pigments by adding them to my emulsion.
(arabic gum + potassium dichromate)

The composition of the images is obtained by the superposition of each colored layer.
Each layer is insolated and then stripped in water. We get from the negative, a positive.
Once the image revealed, there is a possibility to intervene directly on the image with paintbrush, having a different interpretation of it.
In this series, I play with reflection, with overlay. I try to disturb the image, to break with the tradition of photographic realism and instead try to use allegory.” Cristaux liquides is an exploratory project that combines art and science, photography and research with the look turned towards the ocean. It’s about making analog images, still and moving images and through this photochemical medium, build and develop  a poetic, animalistic and oceanic thought.

Make the infinitely small visible, give back shape and gracefulness to the shapeless and turpid, play with proportions, thinking about our place in the world, our place among the 8.7 millions of species on Earth, among 2.2 millions of species living in aquatic environment, among 27500 species of seaweed, diatoms and water funguses. The In frames with series is composed of 20 photographic prints coming from selected frames of altered mass distribution movie trailers.
In frames with suspends the mechanical motion of the cinema projector that projects at 24frames per second to capture the materiality of each frame which composes a film, of the chemical layer that is the substrate of so many myths.
Come then the revolt of the infinitely small, cought in a flow against the movement, against the continuous running.
In frames with celebrates the detail, the pattern and try to subvert by the way some mythical figures of cinema.