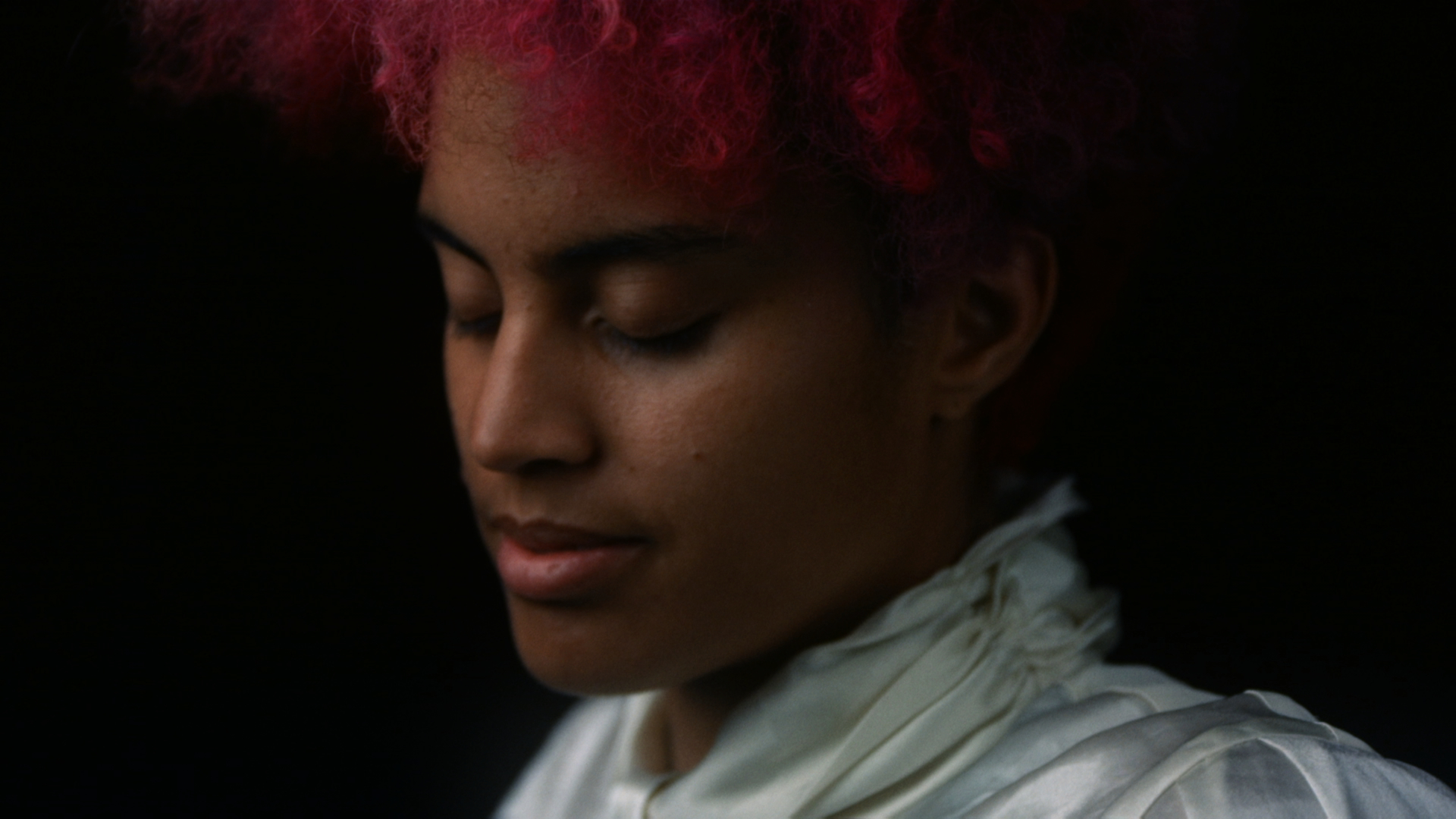 19h00 – Installation opening in presence of the artist

To our greatest visual pleasure, Hrvoje Spudić, artist, researcher and outstanding inventor, will activate during the opening one of his Rotoprojectors : a 16mm projector coming to life through incessant rotation to the point of color deflagration, a whirling dervish reaching a trance state !

“Folds is a filmed portrait of dance artist and writer Alexandrina Hemsley that explores themes of intimacy, agency and temporality. Shot inside the controlled environment of a film studio, the work playfully explores the concept and the practice of capture, through a series of 8 second dances. These short performances were recorded using the Phantom high-speed camera so that what the audience experiences is a choreography in extreme slow motion. Folds is a performance only partially documented by the camera; following each ‘action’ (shot at 1000fps) the camera must play back and save the clip at 25fps. In real time, during those ‘lost’ minutes, the performance continued. This is a production of doubled-time, seen and unseen, a process that destabilizes the hierarchy of capture, duration, and representation. Folds is a portrait that reveals a world of micro movements through slow motion, as well as gesturing towards the world outside of the frame, that which was missed but that makes a difference.”

“Keira Greene is an artist working across film, photography, performance and text. Her work is preoccupied with the social and organic life and landscape of specific environments. Her work is produced through a collaborative and conversational practice of looking, writing and forming enduring relationships in different scientific and artistic fields, such as recently with musicians Paul Abbott and Michael Speers, dance artists Katye Coe, Alexandrina Hemsley and Susanne Mayer and writer D. Mortimer.

Her recent works are concerned with ideas of the body and the experience of emotion, in dialogue with an embodied filmmaking practice. Greene uses multiple means of speaking in her video work that involves narrative text and spoken dialogue, in relationship with the non-verbal of musical score, choreography and performance. She continues to study dance and movement techniques, often considered ‘somatic’, and does so with a critical approach to their historic, social, biomechanic and aesthetic qualities. She is interested in dance as a process of being in motion and how the practice can raise questions rather than fix knowledge.”

Born in 1987  and based in Zagreb (HRV)N, Hrvoje Spudić is an explorer of technology and media techniques. In his artistic practice, he covers sound, light, image, mechanics and print, leading his research into their most infinitesimal units.

“Rotoprojector is a research dealing with transformation of a film projection into physical space, using mechanical means and physiological phenomena of afterimage and persistence of vision. In a way, it is an attempt to transform the planar space of movie screen into an endless cylinder of grimoin-sanson’s cinéorama by the means of mechanical rotation. Four iterations of rotoprojector exist.

In the first iteration the subject of research is fast rotation (120 rpm – 240 rpm) and abstract image.

The tool used was a rotating table and an analog 16mm film projector (siemens 2000), that projects a closed loop consisting of 12 frames of light spectrum – red, yellow, green, cyan, blue, magenta and the shades between(1).

Starting with no rotation (0 rpm), the projection is a static picture – a color “smudge” going twice through the whole spectrum in 1 second.

At the start of rotation (speeds 1 – 60 rpm), the projection is perceived as a rotating picture.

Approaching the critical speed of 120 rpm(2) the picture begins to “drag” and the spectrum starts to trail behind the main frame.

At 120 rpm the tail of the projection catches up with the projection head – projection is perceived as a static cylinder of light. spectrum colors are registered to the space – i.e. the same color always appears in the same spacial position/coordinates.

At the second critical speed of 240 rpm the colors of the cylinder start to “jump” to their complementary pairs every half second.”