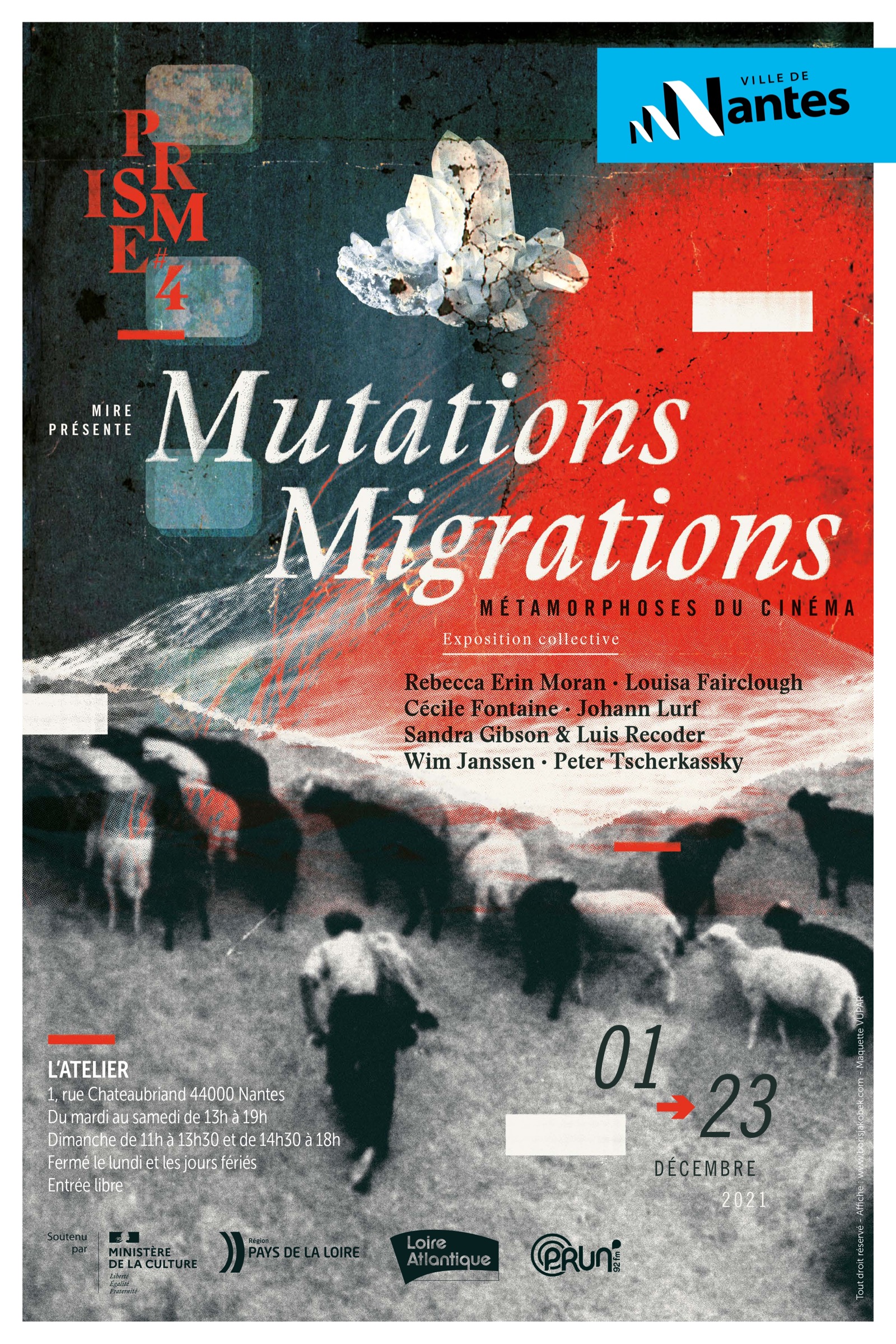 PRISME-Argentique du futur strives to highlight an inventive and engaged contemporary analog cinema interacting with other practices such as photographic, visual, sonic & performative arts. PRISME strives to explore cinema through a multidimensional lens, whether it undertakes installation-form, linear film, cinematic performance, as well as whether it occupies a scenic or museum environment, a movie theater or even public spaces. Proto, pre, post, para cinema or expanded cinema, PRISME claims a protean cinema with endless possibilities.

It is in this spirit that the exhibit « MUTATIONS – MIGRATIONS, métamorphoses du cinéma » offers to reveal the potential for transposition and reconfiguration of the cinema medium from the dark room to an exhibition context.

Returning to the inner basics of analog cinema – space, time, mechanism, light, sound, movement – the works displayed question the very nature of cinema and disrupt the sometimes narrow definition our contemporary world attaches to it.  By the means of immersion, misappropriation, recombining or hybridization, the artists break out of the spatial and time-based logic of traditional cinema’s classical narrative aspect and enlarge the possibilities of this medium all while questioning its place in art history.Without leaning towards total exhaustiveness, the exhibit, on one hand, refers to the birth of cinema and its technical kinship with photography and print, and, on the other, proposes an echo with painting, envisions film in its sculptural and immobile dimension, or even suggest an opening towards the logics of digital moving images.

Over the course of the presented pieces, the exhibit tackles certain questions, historically linked to what is sometimes named “expanded cinema” (1) or “exhibit cinema” : psychic, mental, and perceptive dimension through immersive installations, material aspect of the image, plastic research, dialogue between art and technique, reflection around the mechanisms and their obsolescence.

Subjects that nearly 125 years after the birth of film never cease to be brought up, nourishing a potential for infinite reinvention.

1 .The term « Expanded cinema » was invented and theorized in 1970 by the researcher Gene Youngblood, specialist in alternative cinema history and theory.

Wim Janssen, born in Belgium in 1984, lives and works in Anvers.  His artistic process defines itself around the meaning and the aesthetic of media and its impact on our personal lives. His work takes the form of sculpture and cinematic installation, film and video in an often minimalist aesthetic.
Through his work, Wim Janssen strives to give a form to the notion of pestering through the means of, in appearance, slow and inefficient processes. 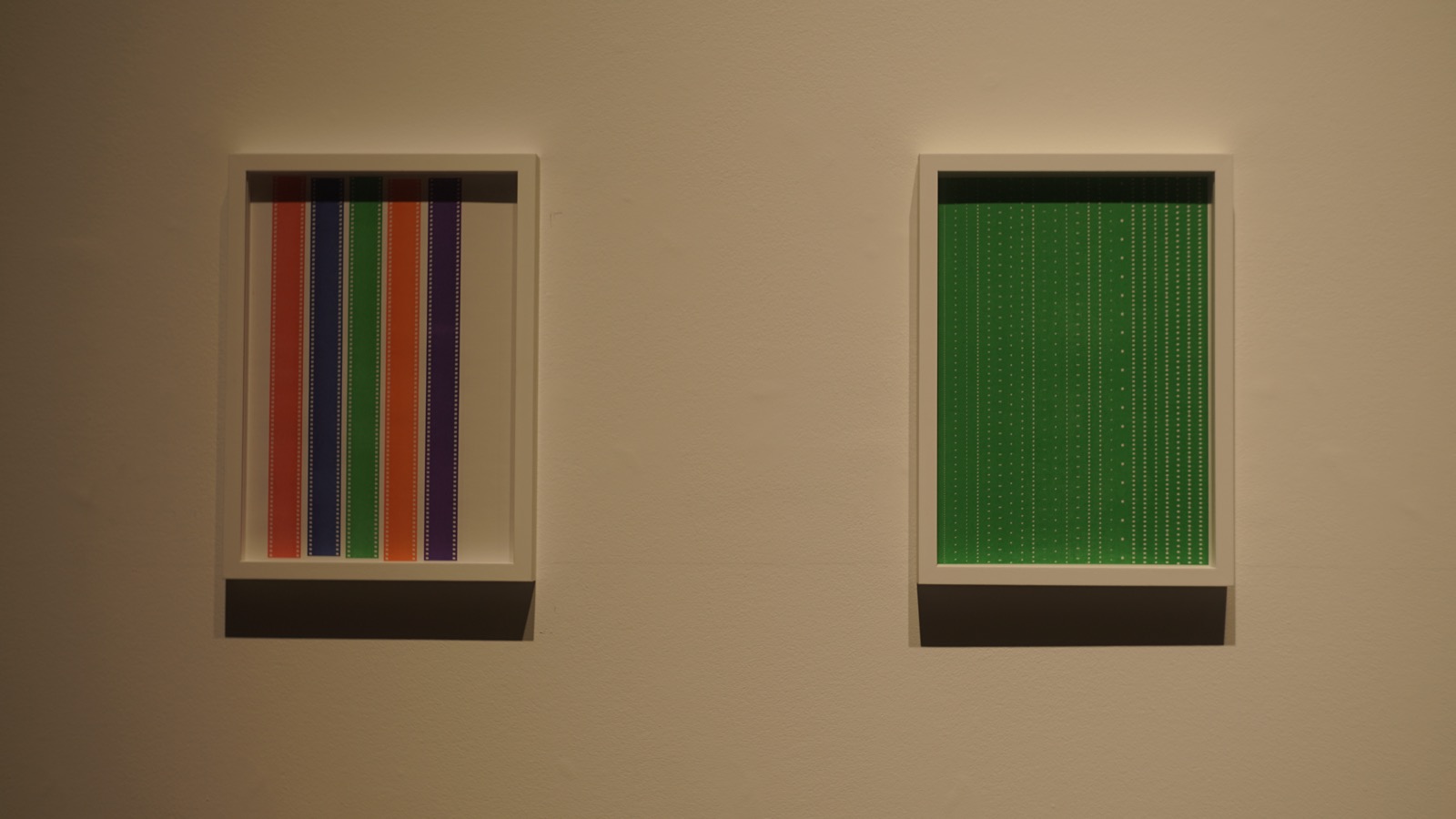 Born in 1982, Johann Lurf is an Austrian cinematic artist who comes from painting : from 2002 to 2009, he studied at the Académie des Beaux-Arts of Vienna until he turned towards cinema.
This artist produces film and installations.
He has completed a number of experimental cinematographic works (short and long), some of which have been shown and awarded at different international festivals.
He plays on shapes, movement, structure and perception. He works with analog as well as digital film and with found footage as well as his own shots.
His work examines society, codes, norms, perception and the history of the development of cinema itself. He pays attention to the properties and the potential of his chosen medium, whether it be analog or digital. 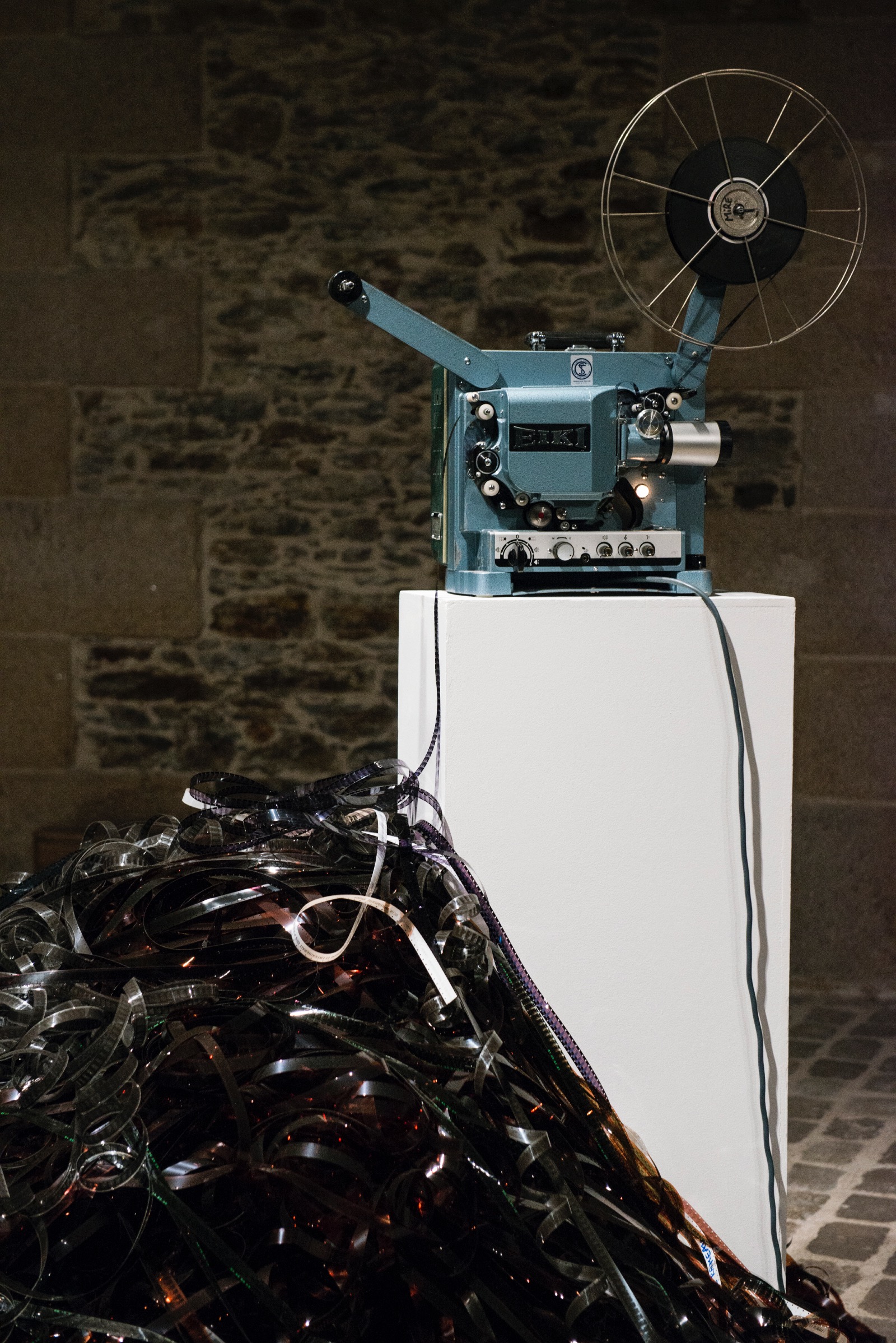 Sandra Gibson (1968, USA) and Luis Recoder (1971, USA) have been working together since the 2000’s and are based in New York.
They produce works of expanded cinema and performative projection. Their work is present in the collections of museums such as the Whitney Museum of American Art in New York, the Memorial Art Gallery in Rochester, the Museum Kunstpalast in Dusserdorf.  They are currently guest professors for the film studies department of the University of Colorado in Boulder and also teach occasionally at the California Institute for the Art (CalArts). 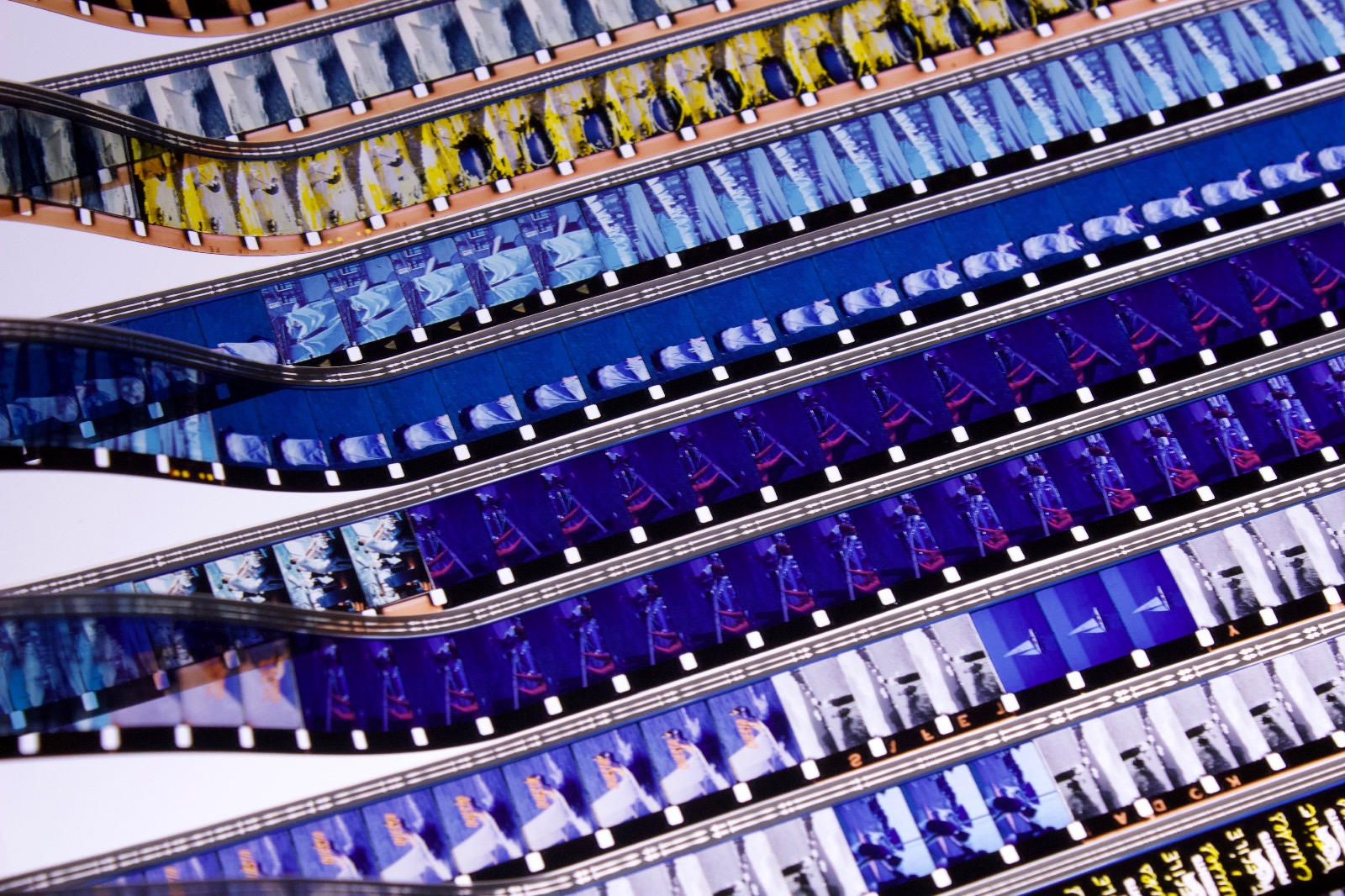 Born in 1957 in the south of France, Cécile Fontaine was raised on the island of La Réunion in the Indian Ocean. She studied art in France (1975-1979) and in Boston, USA (1980-1986), where she started making movies in 1982 after undertaking evening classes at the Massachussetts College of Art, and then as a full-time student at the Museum of Fine Arts film department. She returned to France in 1986 and now lives in Paris, teaching art full-time in an elementary school and regularly making films. Cécile Fontaine is one of the most productive artists in experimental cinema, with over 50 films to her credit. Working primarily with found footage, she has become a model for many cinematographers. 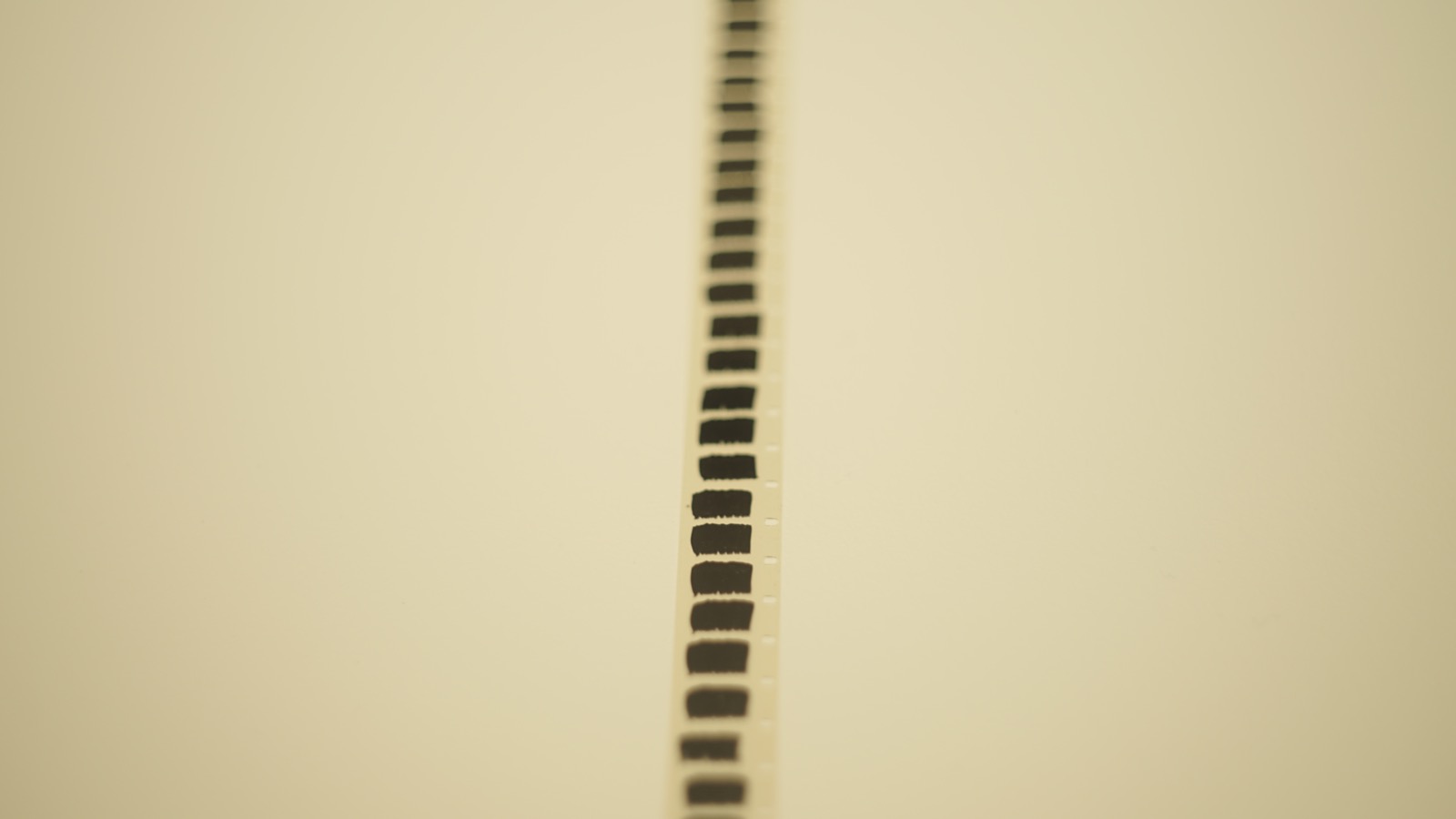 Rebecca Erin Moran born in 1976 is an Icelandic-American artist based between Reykjavík and Berlin who graduated from the Art Institute of Chicago in 2000 and who has been regularly exposed in Iceland, Europe and North America.
They work in the field of installation, film, sound, performance and sculpture and references initial environments and non-tangible experience. Their work embraces all nuances of intermediary states and notions of fluidity, impermanence and repetition, often using material which adapt, evolve and undergo transformation through time. 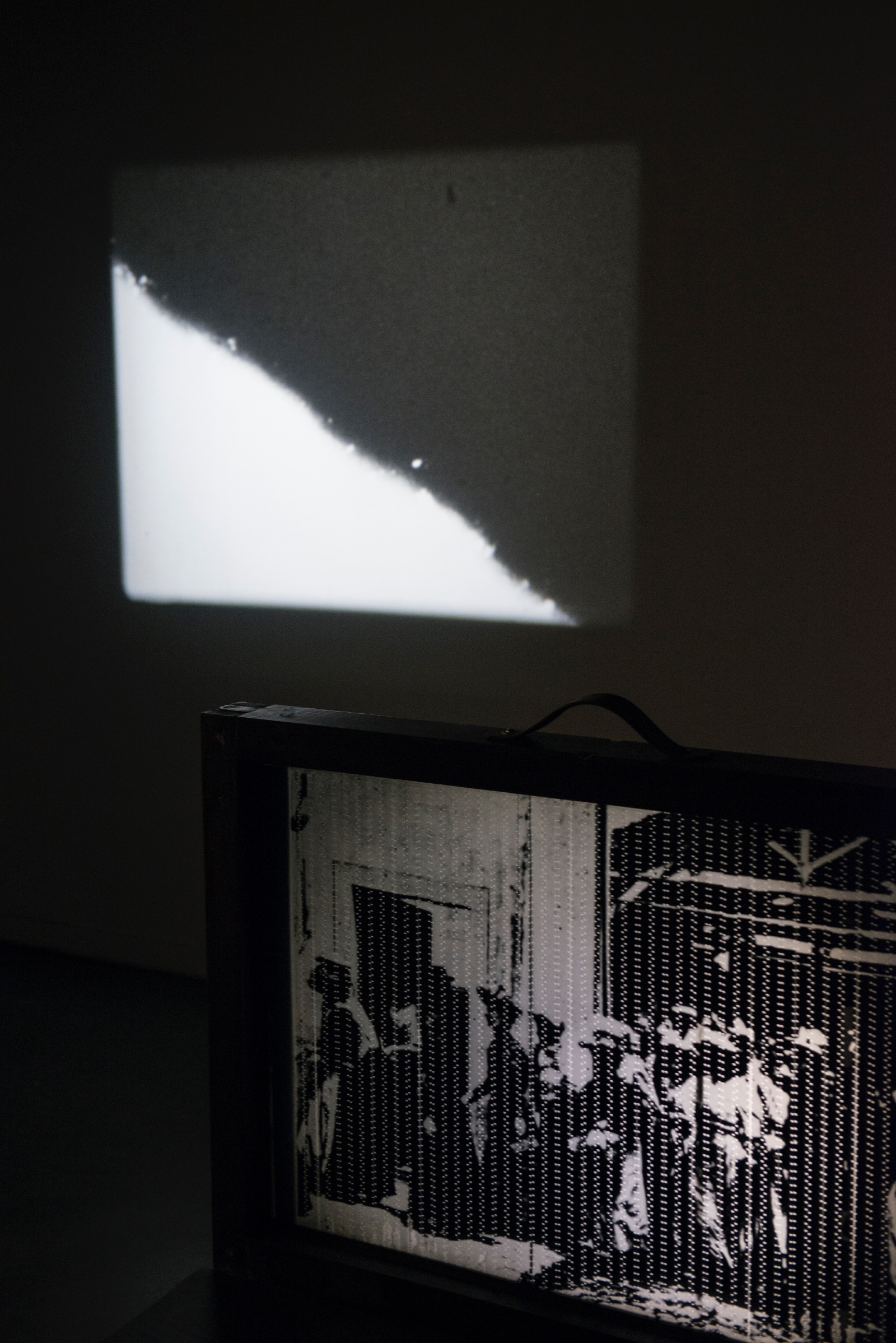 Peter Tscherkassky was born in Vienna in 1958. From 1977 to 1979, he studied journalism and political science at the University of Vienna. In 1979, he starts to study philosophy in Berlin and Vienna. He then acquires a Super 8 camera the same year with which he made “Kreuzritter”. He is a founding member, in 1982, of the then new Cooperative of Austrian Cinematographers which he will then quit in 1993.

In the years 1985-1986, he writes a thesis called « Film + Art : towards an aesthetic critique of cinematography ». He obtains a doctorate in philosophy in 1986. In 1984, he begins his curatorial carreer with the presentation of  “überBlick – Super-8-Filme aus Österreich” in Berlin. From 1987 to 1991, he organizes retrospectives around the Austrian avant-garde in different European cities. From 1989 to 2002, he teaches film-making at the art and industrial design University of Linz. Since 1998, he has been teaching audiovisual communication applied to film in Vienna. The common point in all of his diverse body of work resides in his critique of the ruling conventions of narrative cinema.” LightCone 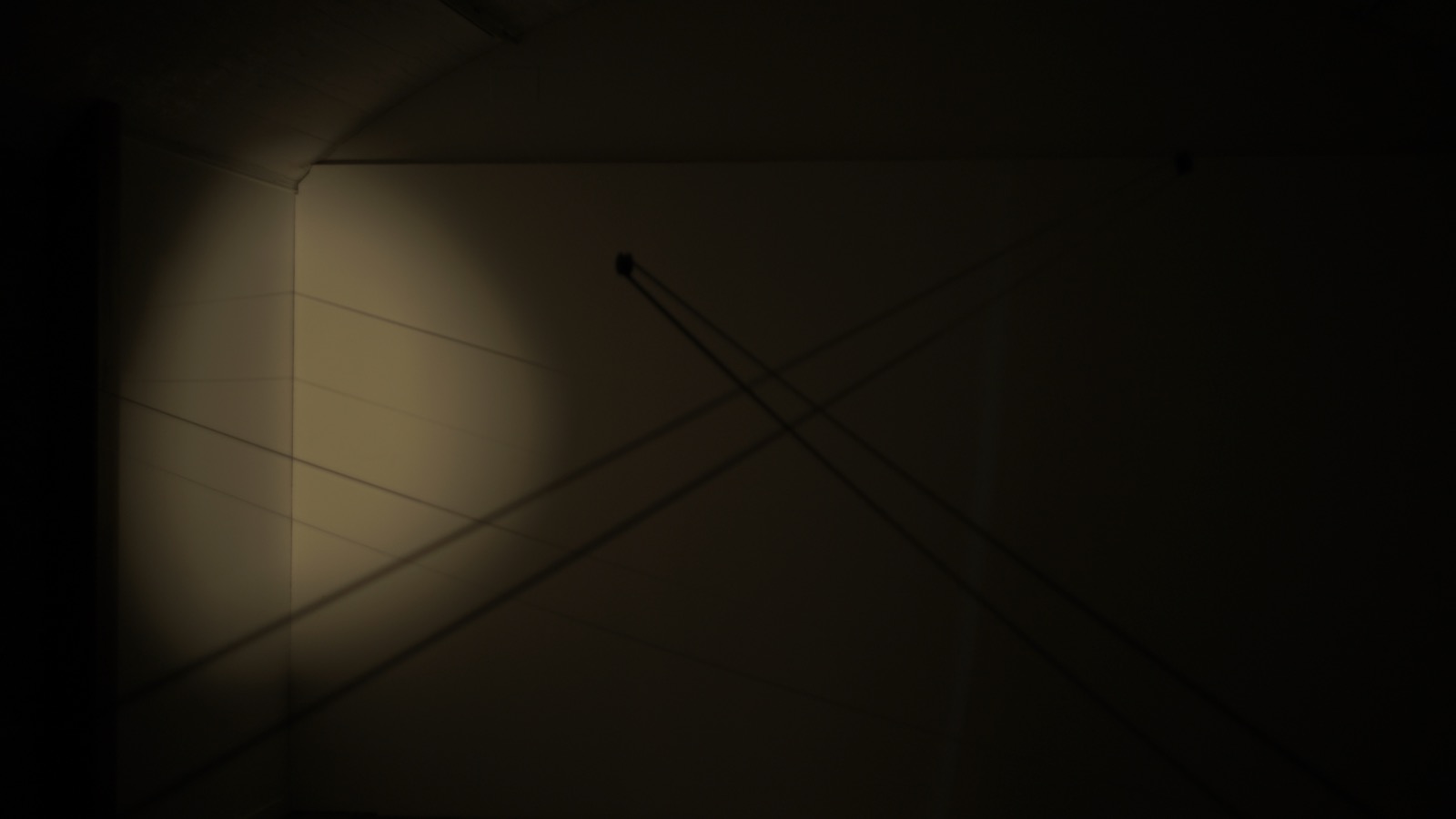 Louisa Fairclough lives and works in Bristol. She graduated from the Slade School of Fine Arts (UCLA, Londres ) in 2000.In her practice, Louisa Fairclough often uses voice, light, the ground or the marine currents as source material for her works that take the shape of film loops, field recordings, performances, sonic installations and drawings. Very involved in research around experimental cinema, she co-founded BEEF (Bristol Experimental and Expanded Film ) which has as its mission to support and encourage the practice of experimental cinemma in Bristol.